What is the future diet in Africa?

All over Africa, people are consuming more processed food, and thus more fat, sugar and salt, while healthy vegetables and fruits are becoming more expensive. Yet Zambian researcher Namukolo Covic believes Africa has the potential to arrive at a diet that is healthy for people and planet. ‘Consumption patterns over the whole continent are in transition, this is the time to do things right. We can follow a different trajectory than high income countries and avoid the mistakes that have been made there.’

‘In developed countries, the agricultural system has led to overconsumption, overweight and unsustainable exploitation of resources,’ says Namukolo Covic. ‘What can we learn from that and how can we do things differently for Africa? That’s the question that interests me.’ 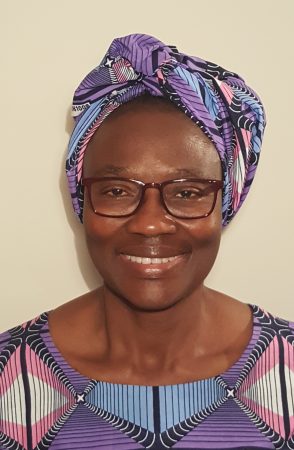 Namukolo Covic has a dual background in agriculture and nutrition which helps her to understand the bigger picture. She is a research coordinator at the International Food Policy Research Institute (IFPRI), based in Addis Abbeba in Ethiopia. She is involved in the CGIAR-programme on Agriculture for Nutrition and Health (A4NH) and works with Wageningen University & Research and the Ethiopian Public Health Institute on developing food-based dietary guidelines: recommendations for consumers for healthy eating. ‘We look at diet quality to see what transformations we need in our food system.’ She is also working with FAO and the Ethiopian Federal Ministry of Agriculture on a manual to make better quality diets accessible and affordable for everyone, and frequently participates in African Union policy dialogues on the types of transformations needed to promote the accessibility of sustainable and healthier diets across the continent.

In Africa at present, nutrient dense foods like fruits, vegetables and animal sourced foods are too expensive for many people, making healthy food choices difficult, Namukolo explains. ‘In Ethiopia, for example, prices of nutritious products like fruit and vegetables, meat and dairy have gone up by 30 to 60% in the last 15 years. At the same time, prices of staple foods like starches and tubers have only risen by a small amount and cooking oil and sugar prices have even gone down. Agriculture policies from the 1980s and 90s up to the present have been heavily focused on staple food production, at the expense of fruits and vegetables. Value chains for fresh and perishable foods have not been adequately developed and a lot of fruit and vegetables are wasted even before they reach markets and households. You literally see heaps of tomatoes going to waste at the roadside while people try to get them to markets.’

What dietary trends do you observe in Africa?

‘Everywhere, people are consuming more processed food, with higher fat percentages and more sugar and salt. My perception is that this preference is driven by taste, a sense of belonging and of course all the advertising associated with current trends. Eating fast food or drinking sugar sweetened beverages is associated with prestige, with being part of a certain income group.

‘This dietary transition is stronger in urban areas because people have higher incomes, are more exposed to fast-food outlets including street foods, and have less access to the traditional foods that are still be consumed regularly in some rural settings. As people become wealthier, they generally start eating more meat and sugar. Overweight and obesity are also much more common in cities. The growing African middle class is heavily targeted by the fast-food industry, because they are a big market.’

What trends do you observe in food cultures?

‘In general, I see a trend towards more consumption of “Western” food and fast food, but this is different for each country. One thing I really like about Ethiopians is that they love their traditional foods, whereas Kenyans for example may be more drawn towards foods sold through global fast food corporations. The trouble is, even if traditional food cultures are preserved, the preparation of traditional dishes is changing. People add more salt and oil than I was used to seeing growing up.

‘Eating traditional food has advantages, because it is often more plant based than the more popular “Western” dishes and also tends to contain higher amounts of fibre. Also, traditional foods like sorghum and millet are better adapted to environmental challenges like drought and pests.

‘Sometimes, processed food may also be perceived to be more hygienic than traditional food sold by street vendors. After the outbreak of COVID-19, people tended to avoid raw meat and vegetables for fear of infection.’

You are looking at African diets through a food systems lens. How does that help you to understand things better?

‘Using a food systems lens allows one to look at the big picture, to see where there might be trade-offs in the developments that take place and minimise them. For example, there has been a big increase in the amount of cheap palm oil imported from Asia into Ethiopia. At first sight, this appears to be a positive development, because it is a plant-based oil that is affordable for many. But then people in a household that would have used other traditional and more nutritious oils like sesame oil, may stop doing so. So, from the health perspective, there is a negative trade-off. Also, sesame has become an important cash crop. People who traditionally produced and consumed sesame oil, may prefer to sell the sesame instead of consuming it. If the money earned by the household is used to buy things like sugar, this is also a trade-off in some way.’

Consumption of animal proteins may be increasing. Yet meat and dairy also cause more greenhouse gasses. Is that a problem?

‘If you look at the EAT Lancet report – an important document produced by leading scientists – and the planetary reference diet that they recommend, the amount of animal sourced products in the sub-Saharan African diet is way below the planetary limit set in the report. So for parts of the population we actually need to increase the amount of animal protein they consume in order to meet their micronutrient needs. However, we have the opportunity to stop at the limit that is good for both planet and health, and not to overshoot as has happened in high income countries. Our efforts should be directed at arriving at that balanced diet. The countries that have already crossed the planetary boundaries should make an effort to work backwards.

‘When I’m participating in global dialogues, the focus is very much on people who don’t have nutrition security. I like to turn it around and say to those who consume too much animal-based produce: Wait a minute, this is also about you!’ 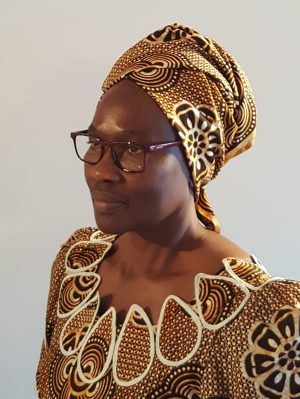 Namukolo believes that arriving at sustainable and healthier diets should involve a joint effort by governments, the development community, private companies and others. The focus has been too much on making a profit, without factoring in the hidden costs for the environment and health aspects. She is particularly critical of the role of multinational food manufacturers setting up shop in Africa. ‘I often see Dutch companies are changing their products in the Netherlands in response to policy regulations or consumer demands, but when they start business in Africa, they bring their old production practices with them. The same goes for South African companies – whereas regulations oblige them to put less salt in their bread and other processed foods at home, they might not bring these new practices with them when they produce and sell in other African countries. Why not start off right when they know the good direction already?’

How can African governments stimulate healthy diets for their populations?

‘Across the continent, there is a lot of advocacy for staple food fortification programmes, where healthy nutrients are added to staple foods. However, governments are struggling to put these in place. Many depend heavily on development programmes. I think South Africa is a positive example of a country on the right track. It has had a mandatory fortification programme for staple foods since 2003, and recently levied a sugar tax and introduced salt legislation. All these policies were very well informed by information and data about people’s consumption patterns. I think South Africa could show the way for other countries on the continent because their policies tend to be implemented at scale.’

Do consumers have the power to shape their food system?

‘I think they do, but it depends on how well informed they are. Consumers make choices based on what they know and like. The food industry preys upon them through marketing strategies, by conveying the message that highly processed, salty and fat products are good and will make them feel fantastic. We need nutrition education for both consumers and industry players to change the way food choices are informed. Then consumers will be able to drive the transformation by demanding healthy products of their choice. Industry players should be more interested in helping consumers to make healthy choices. What’s the point of sick customers?’