Stranded and struggling in a foreign country

Many people, mostly from Africa and Asia, have left their home countries in search for greener pastures in Arab countries. Things don’t always turn out as expected for some of them thanks to a few dubious agencies, leaving them stranded in a foreign country and with no source of income. In the first part of a series of articles on Africans Living Abroad, Nsima Nyo, not her real name, narrates her personal experience in securing employment thus far.

I am the eldest of six siblings, a hustler, God lover and I like seeing things working out. I am a Ugandan film-maker, business-lady and a teacher by profession. I love them all since they involve improving people’s lives at some point which is great since I am a people person.

When the pandemic subjected most of the world to lockdowns, Uganda wasn’t spared either. Our economy isn’t the strongest and so the lockdown rubbed salt into the wound. My acting deals started dwindling while my business in the city center, which I was maintaining in the hopes that things would get better, consumed my savings.

After a few months, a second lockdown of 42 days was announced. This was when I got the idea of relocating to another country, with a better economy, where most sectors were still open. Dubai was the place. I wasn’t going to watch my financial status get worse. After all, I had seen so many people go to the UAE, Europe and America and come back successful. A friend had been in Dubai for only a year and was already building a house for her mother. I had to do something too. I wanted my parents and siblings to be proud of having a rich daughter and big sister.

I withdrew the savings that I still had left and paid six million Ugandan shillings ($1715) to a travel agency in Uganda which was to connect me to an employer in the UAE, specifically Dubai. The money was meant to facilitate my travel, feeding and accommodation while the deal was to get me a school teacher’s job. With this, I would earn and save some money which would enable me to acquire land, invest in a business or build a fair house by the end of the two-year contract. It was the perfect plan. 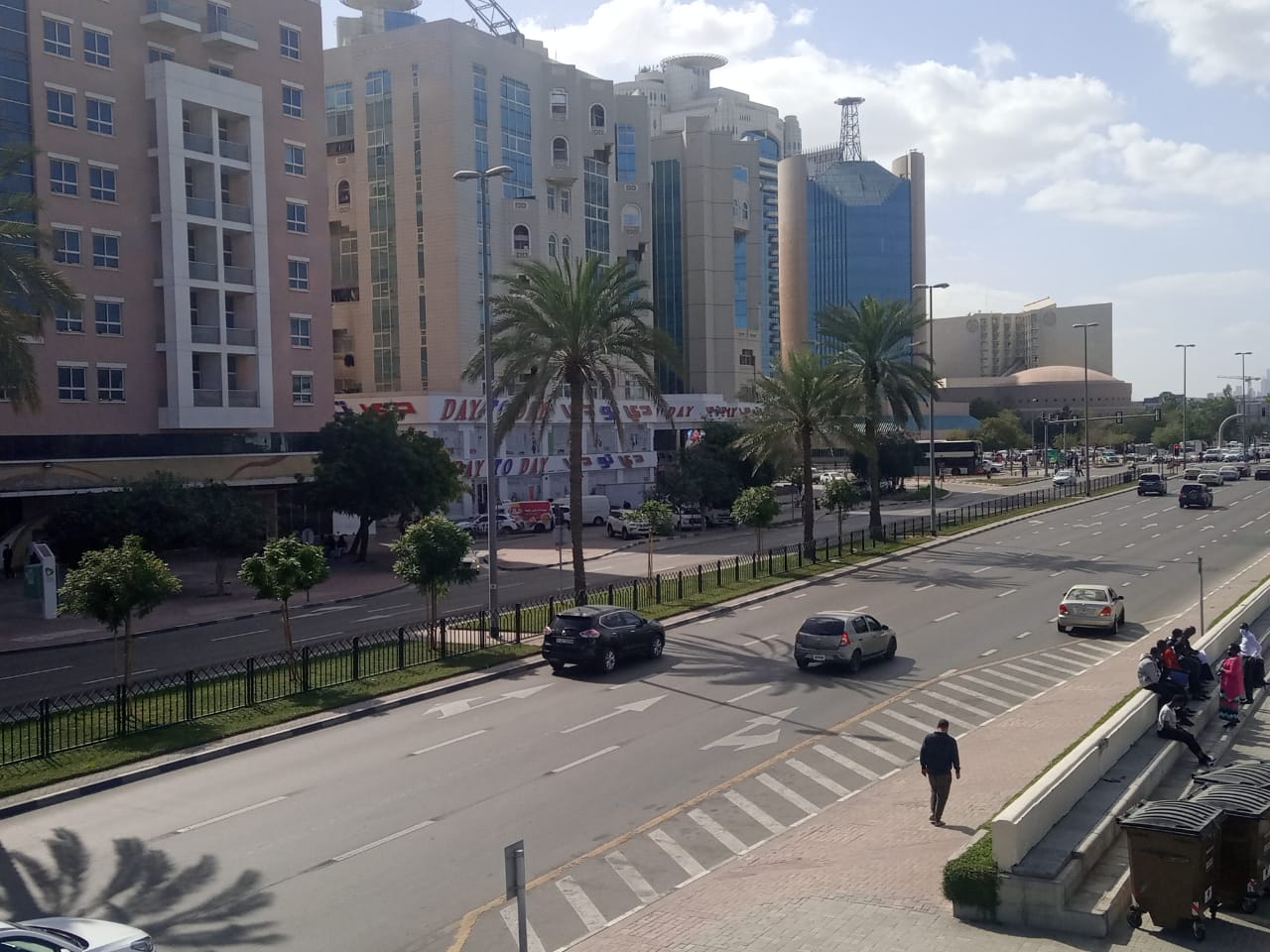 The travel agency bought the visa, ticket and booked an accommodation space for a month. A week to my travel date, I was told that the job I was coming for had been taken but I could wait for a few weeks, which I did.

Weeks later my ticket was finally bought, enabling me to travel. I traveled with another girl who had used the same agency. We arrived in Dubai at 5pm and had to wait for two hours before we got picked up from the airport.

The agent in Dubai received us and took us to ‘bed space.’ In bed space, people rent beds which are placed in an apartment. Around ten people could share one bedroom at a time, and thirty the whole apartment. We all share the kitchen, living room and washrooms. Most people in the apartment were Ugandans who were very welcoming and tried to make us feel at home.

The following day, we were so excited and eager to walk around and see what Dubai is all about. For the first two days we explored different places like the Dubai 2020 expo, Dubai Marina, Dubai Mall and the Burj Khalifah. Dubai is indeed beautiful.

On the third day, I was more interested in what had brought me here than in more site seeing. I asked the agent to take me to my assigned workplace so I could get started. He told me we had to do some job interviews first since most jobs had been taken. I was ready to do any interview that was required since I was confident I would pass them either way. 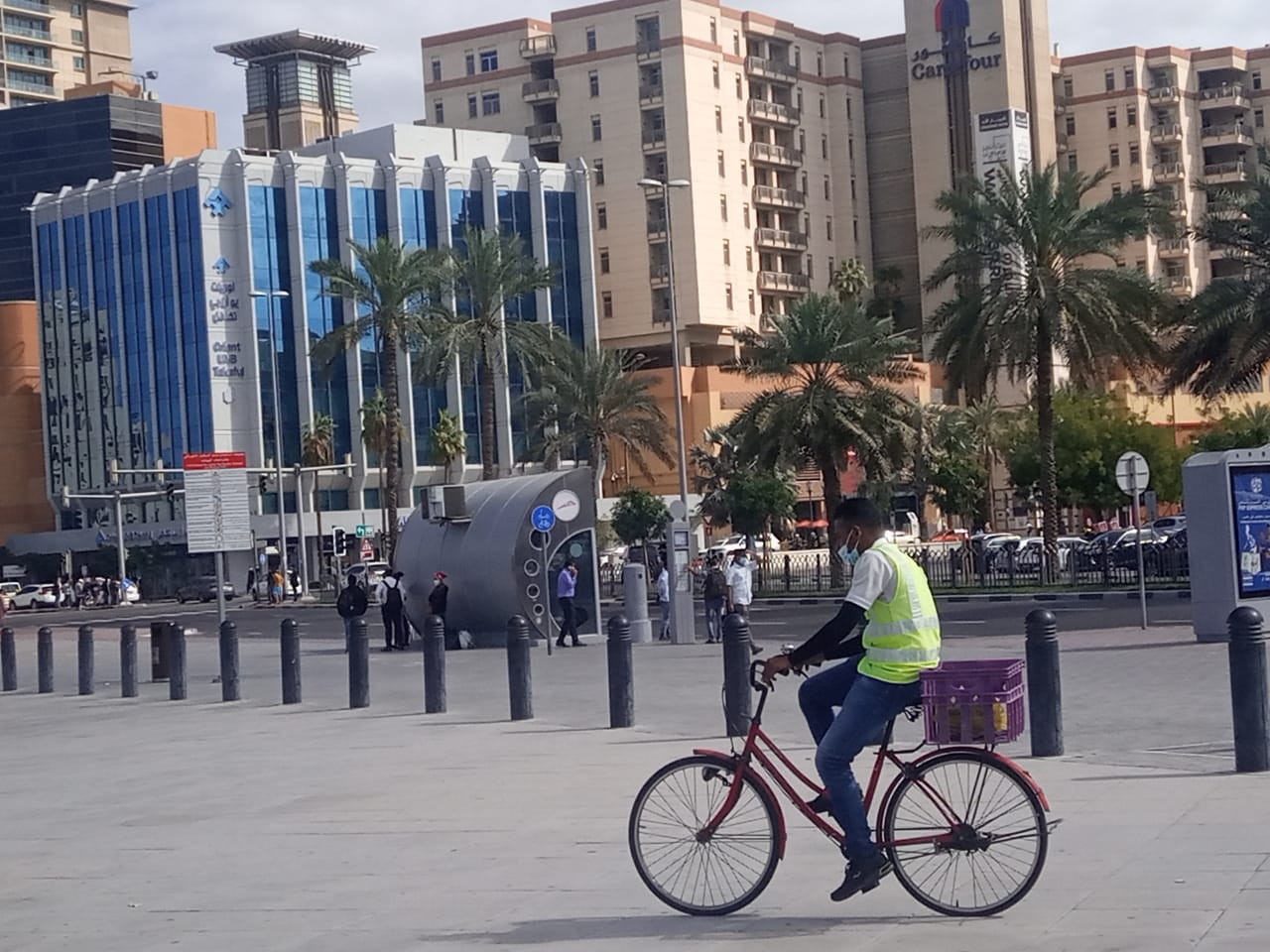 African migrant worker on his way to work in Dubai

Days passed yet we weren’t called for any interviews, which left us pondering on what the issue could be. I communicated with the agency in Uganda about the situation to which I was told to keep calm, everything was on track. They assured me that they were in constant communication with the Dubai agent and were planning on getting us good jobs.

Staying in the bed space just waiting for instructions is very boring, trust me. I had to think of how to integrate into the new society. One day as I was walking around the park I met a Zumba group. There was no African in the group and I wasn’t sure if they would love the idea of having one. So I gathered enough courage and approached the leader of the group to make my request. She was a kind Filipino lady who let me in without hesitation and with a lot of excitement. At least now I had gotten an activity that I’d be doing every night. That group was my first family in Dubai.

The main purpose of the Zumba group is to exercise for fitness, have fun and give food to the needy, especially the homeless people who always sleep around the park. Most of those people are from Africa with a few from Asia. My heart would sink whenever I’d see my fellow Ugandans hungry and homeless. I would participate in the food charity since I hadn’t started working to be in position to contribute money.

I persistently pestered the agency on our situation until the Dubai agent decided to tell us the truth. This was after two weeks of badgering him. He told us that if the agency had sent him our commission money, then we would already be working since it’s needed to connect us to potential employers. Apparently, the easiest and fastest way to get a job is to pay between 1000 to 1500 dirhams to an agent, who would then link you to the actual employer, where the opportunity to get interviewed would arise. Weird right?

It had already been two weeks and with the information I had, I knew the Ugandan agency was not doing enough to fulfil their commitment. I texted them, informing them that I already knew what they were doing and asked them to act immediately. They blocked me.

That’s right, I was blocked by the agency that brought me to Dubai before they could find a job for me or even know how I was surviving. They didn’t want to hear from me anymore. It felt like being dropped in the middle of nowhere, alone, and without a starting point. To be honest, this is the most challenging time of my entire life but I believe in myself and I know that I will overcome it.

The second article by Nsima Nyo will be posted on Thursday. Did she eventually find a job? Join and support the movement by subscribing to Vice Versa Global. 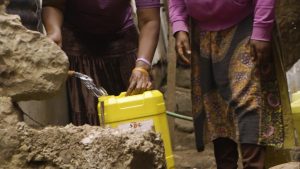 ‘Doen waar we goed in zijn’ 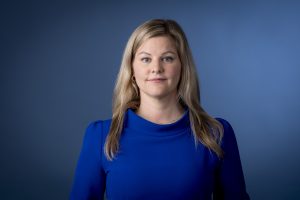