What would you want to include in the policy paper of the new Minister for Foreign Trade and Development Cooperation? In this seventh World Café edition, broadcasted live from The Hague, we talked about the online consultation process. Minister Liesje Schreinemacher highlighted her own focus and vision for the coming years and Krizna Gomez and Birgitta Tazelaar discussed the policy paper and gave their two cents on the way the Dutch should do trade and development. A report.

Our host, the ever sharp and sparkling Ama van Dantzig, kicked off the online talk show with a candid question for the freshly appointed Minister. ‘Congratulations on the job. A big honour, and big shoes to fill. Are your feet big enough?’ Schreinemacher replied that she hopes that in four years time, the answer will be a big yes.

The Minister sat down with Van Dantzig to talk about the new policy paper that is currently being drafted and that will serve as a roadmap for the Dutch vision on trade and development cooperation for the coming years.

‘I want input,’ she said, ‘recommendations from people all over the world. I hope people that are watching and listening take this space! We have a lot of experts in our offices, but they don’t necessarily have the best advice. We want outside, out-of-the-box ideas and expertise in this policy paper, from people whose boots are on the ground.’

‘The policy paper itself will be very high level, we will not flip it 180 degrees, but we are looking at more focus, changing the emphasis here and there. The input we gather today serves for drawing up the policies in more detail, so you will find them back! So, please take the space!’

The merchant and the pastor

Van Dantzig asked about the almost paradoxical set of pillars – international trade and international development cooperation – that the Minister has to stand on. Can these roles of ‘the merchant and the pastor’ go hand in hand, will they not bite each other? 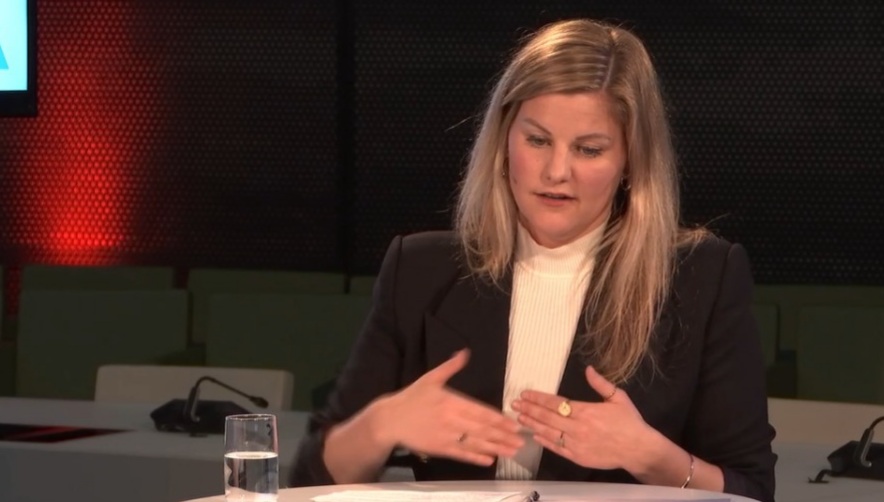 Schreinemacher: ‘We want to help developing countries with things that the Netherlands is good at, like agriculture, energy etcetera. Trade can actually be instrumental in discussing human rights. When you put your back against your trading partner, it does not help the discussion. But when you have an economic interest, the other party will come to the table. So it is not an either/or answer, these two can go hand in hand. I don’t think one is more important than the other, they are equally important to me.’

But of course there is a difference between doing something you are good at, and doing things that are needed. What is the emphasis for the Minister? ‘We should not give things that a country does not need. So the importance is on the questions arising from those countries themselves, it is about their needs. We will continue to support the role of civil society in the world as this is a key enabler for a healthy democracy. We see a worrying trend of a shrinking civic space and I will address this when I speak to government leaders from around the world.’

Virtual input with videos from around the world

Next up were three guests from different parts of the world, who – in a video – gave their virtual input for the new policy document and gave recommendations to the Minister.

The first one was a question about the representation of young people: ‘Minister, the average age on the African continent is nineteen, but young people are not represented in policy frameworks. So be intentional in engaging young people, organise round-table events with youth representatives from around the continent, so we can have conversations and evaluate the impact of your policies.’

Then a question on youth and entrepreneurship followed: ‘Dear Minister, we know bilateral aid does not get young people out of poverty. It is time to cooperate. Civil society organisations, firmly rooted in society, can bring together the supply and demand in the labour market. No thriving private sector without a thriving civil society! So support civil society, because only together can we create more and sustainable jobs for the new generation.’

Reflecting on the videos, the Minister said: ‘Some of these are already part of our current policy. The first and third video focused on the role of youth. It’s funny, in my young years I never thought I could be a part of policy discussions. I am happy to see young people are so engaged and that they feel that they belong to the decision-making process, I applaud it!’

‘And it’s correct, in our policy we have to take into account that in a lot of developing countries the majority of the population is really young. The Ministry launched the International Youth Advisory Committee in 2021 and we will incorporate their ideas and consult the youth about the new policy note.’

Regarding the second video about gender, the Minister said she recently visited Uganda where she saw how Covid-19 has disproportionately impacted women and girls in the form of more teenage pregnancies, dropping out of school, and becoming more dependent on others for survival. So, yes, she said, women and girls will continue to get support.

‘I am committed to remain a progressive frontrunner in this field, also in regards to the leading role of the Netherlands in Sexual and Reproductive Health and Rights. As for leading from the South, we want partners on equal footing, we realise that we can’t tell others what to do and we are working on equal partnerships – this is really important to me.’

Legacy
The last question for the Minister came from Ama van Dantzig, who asked what Schreinemacher wants to be remembered for, what her legacy will be? ‘I am going to leave you with a cliff-hanger. You have to read my policy paper to know the answer, it will be released in June this year!’

For the second part of the World Café, we talked about the consultation and requirements for the new Dutch policy on Foreign Trade and International Cooperation with foresight practitioner Krizna Gomez and Deputy Director-General for International Cooperation Birgitta Tazelaar. They first watched a video that the Secretary-General of the CIVICUS alliance made, reflecting on the role of civil society today.

Gomez noted that shrinking civic space has been a problem for a long time now, and her research in Colombia in 2013 showed that something very fundamental allows this to happen. ‘This is beyond laws and policies, the problem is that ordinary people in the street don’t know what civil society is,’ she said.

‘If an activist in Uganda is killed today in the streets, NGOs will come to help, the Embassy will come to help. But the neighbours and the community? They don’t see what’s wrong when the overarching narrative is that this is being done for “security reasons” and he or she is an “enemy of the state.”’

Therefore, Gomez said, we need to change the narrative. ‘We need to convince people that democracy and activism are good, we don’t do that now. I thought that after being trained as a human rights lawyer, I had learned all I should. But the biggest tool was missing and this is communications and the neuroscience to understand how to win the hearts and minds, so people believe in democracy and rule of law again.’

‘This is also about the policy of development cooperation; does it recognise this need, so that my mother-in-law is willing to put her money in it and pay taxes, so the Dutch government can make a real change in the world?’ 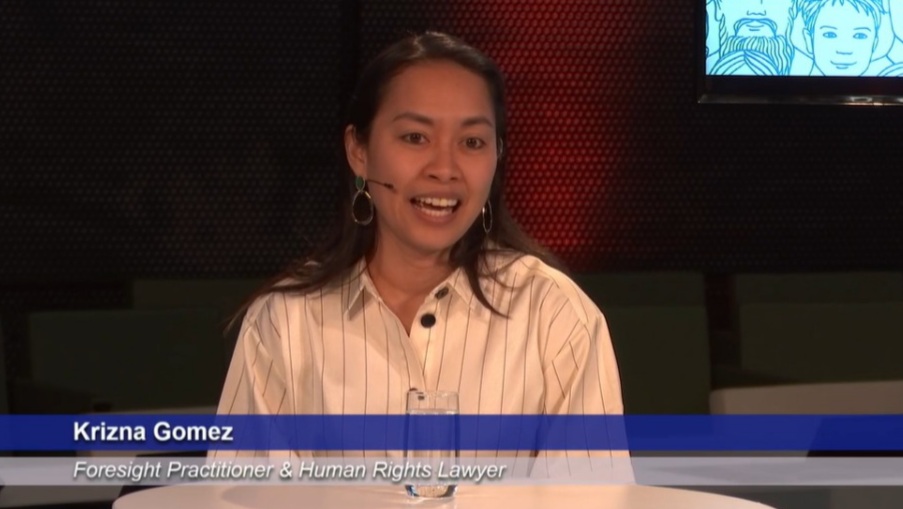 She also noted that the biggest change does not happen through traditional and formal NGOs like Wilde Ganzen or CIVICUS. ‘Greta and Malala don’t call themselves civil society. They don’t look for NGOs, they get their phones and take action!’ Gomez said this keeps her up at night, as it’s impossible for a Minister to draft million dollar grants for informal groups and people with no bank account.

But how to support the young people in the streets making a real change, when the formal structures in development cooperation don’t take them into account? ‘The bravest, boldest actions are not constrained by organisational bureaucracy, but they happen online, through the collective intelligence of communities without salaries or a programme manager. How do we keep pace with that in respect to government policy?’

To translate her vision and critique into a recommendation, Gomez said that although the online consultation form is inspiring, the questions on the website are enormous and crafted for the inside crowd. She thinks that next to those big questions about gender equality and strategic trade policies, the Minister should also use social media platforms and frame the questions in words that people can understand. Gomez recommends a policy that encourages civil society to create space for true raw activism to happen. 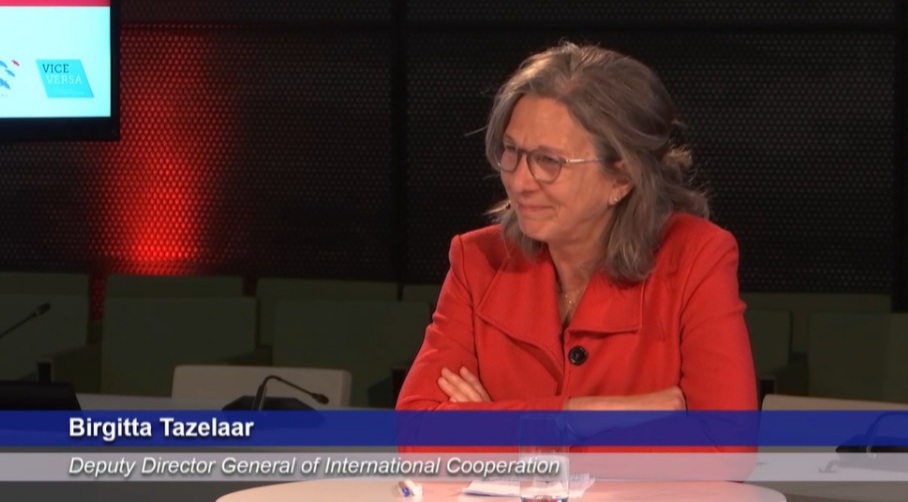 Birgitta Tazelaar noted that the Power of Voice programme that the Dutch government runs is very process-led. There is a space there to try things out, learn and continue and interact with civil society. She acknowledged what Krizna Gomez said in regards to the online policy consultation process; it is difficult to create a system for each and everyone worldwide.

She also said that digitalisation is very important for the Ministry, but quite difficult to operationalise. ‘We should mainstream digitalisation, but I am wondering what other ideas we should incorporate into our vision and ideas on how to close the digital gap between the North and the South, so I am hoping for input on this from our listeners.’

Tazelaar also welcomed ideas about development cooperation in a fragile context, how to focus and work in fragile states. ‘It is so interesting that we have been influencing many parts of the world and now we can get feedback on this, so please send us all your ideas!’

Here you can fill in the online consultation form.

For previous editions of the World Café:
#6 Shifting the Power at work

#5 Towards a mindshift, too 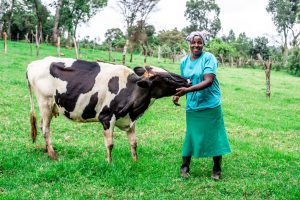 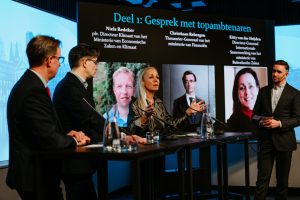